We are very happy and honored that Professor Ole Wæver accepted our humble request to become one of the members of the Honorary Board of Advisors. 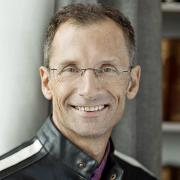 Wæver is director of the Danish PhD school, Politologisk Forskerskole. He has written several pieces together with Barry Buzan. These include the two books:
– Regions and Powers: The Structure of International Security, Cambridge University Press, 2003.
– Security: A New Framework for Analysis, Boulder CO: Lynne Rienner Publishers, 1998.

Wæver has also co-edited the following book with Iver B. Neumann:
– The Future of International Relations: Masters In The Making? London: Routledge, 1997.