We are very happy and honored that Professor David L. Blaney accepted our humble request to become one of the members of the Honorary Board of Advisors. 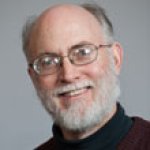