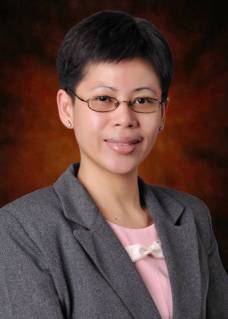 Archill Niña Faller-Capistrano is currently the Chairperson of the Children’s Legal Bureau, a pro-women and children non-governmental organization in Cebu, Philippines. She has over 20 years of teaching experience and served as a faculty member of the Department of Political Science, School of Law and Governance of the University of San Carlos (USC), Cebu City until January 2019. She has been instrumental in crafting USC’s first A.B. Political Science major in International Relations and Foreign Service (IRFS) curricular offering. She is a grantee of the Australian Leadership Awards in 2010. In 2012, she earned her Master of International Relations degree in 2012 from Monash University, Victoria, Australia. As IRFS Head of Track and Adviser of its student organization, the Carolinian Circle of Young Diplomats, the organization became accredited as one of the UNESCO Clubs of the Philippines. She is also the PRO of the Philippine-Australian Alumni Association Inc., Cebu Chapter. Arch is also a member of the Philippine Bar with Roll of Attorneys no. 45687 and a lifetime member of the Integrated Bar of the Philippines, Cebu City Chapter. She earned her Bachelor of Laws degree from USC in 2000.